Among the top Uganda safari destinations mostly visited by travelers in Uganda is the famous Murchison falls national park known for the wildlife safari with things to do related to Game drive, birding and

Murchison falls national Park is located in Buliisa District(western Uganda) and Nwoya District(northern Uganda) in the northern part of the Albertine Rift Valley, Murchison falls national park was once a conservation area then later a game reserve in 1926 as stated by Winston Churchill a great man at the time due to the fact that he involved himself in a number of activities like boat cruises, hiking and cycling in the Nile Corridor of the falls.

He was later followed by his predecessor who invested a lot of money while on a hunting safaris in Uganda. The park includes two other portions i.e the Bugungu and Karuma Wildlife reserve areas. The park is secured and occupies an area of about 3,893 km2 with Bugungu wildlife reserve occupying an area of about 501 km2 and Karuma with 678km2 along with Budongo forest that takes a portion of both the reserves with 591 km2 hence making a total of 5,663km2.

The park includes seventy six species of mammals which include elephants, leopards, lions, buffaloes, giraffes, crocodiles, hippos, and four hundred fifty one bird species. The park and reserves are operated by the Uganda Wildlife authority while Budongo Forest and the Murchison Falls Conservation area are under the National Forestry Association.

In 1952, the British Administration formed the National Parks Act in Uganda which helped in enhancing the conservation of animals hence increasing their numbers which led to the foundation of Murchison Falls national Park. The climate around the park is tropical with both hot/dry and two rainy seasons annually due to the fact that it is situated along the equator.

How to get to Murchison Falls National Park.

By Road; when using the Kampala-Pakwach route, one takes only five hours from Kampala in about 305km where as from Masindi to Paraa, it takes about 85km to reach the venue using the shortest route. One can also use the Budongo Forest route where they can spot the splendid shores of Lake Albert and the rift valley approximate to Butiabe.

One can also reach Paraa by passing via Chobe Gate, Tangi and Karuma Falls since these gates are close to Pakwach which occupies an area of about 25km2 towards Paraa then to Wankwar Gate next to Purongo.

By air; one can use a chartered aircraft from Entebbe Airport/Kajjansi air field to Pakuba airfield. This takes one about 19km to north Paraa and other airfields like Bugungu close to Murchison and Chobe in the East.

Things to do in Murchison falls National Park

Situated in the north western part of Uganda, Murchison Falls National Park is the biggest national park in Uganda and occupies an area of about 4,000 km2. It is a habitat to Africa’s “big five” game species i.e elephants, rhino, buffalo, lion, and leopard. It acts as a habitat to 451 species of birds that is the Shoebill Stork, Goliath Heron (the largest heron in the world), and pairs of elegant Grey Crowned Cranes (Uganda’s national bird).

One can also spot other species while cruising and game driving like the Albertine Rift endemics, swallow tailed, grey heron,water birds, secretary birds, Marabou stork, widow bird, open billed stork,wood peckers and the shoe bill which is more favourable I the months of January to March.

One can embark on a trail to the Kaniyo pabidi and Rabongo forests where they can view a variety of birds and primates in the forest while exploring the massive relief of the entire park at ease. After boat cruising in the afternoon, one can hike to the top of the falls in forty five minutes through the forest. While at the top of the falls, you will feel the touch of nature due to the fact that you will spot the rapids, white water waves, water birds, rocks, stones etc which will make your exploration worth it throughout your entire stay and lifetime. Those interested in bird watching and a glimpse of nature can take on a simple trail from Mubako junction to the northern bank of River Emmy from Paraa within a maximum of 2hrs. 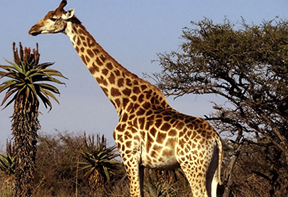 Game driving refers to the process that involves transferring from one place to another by driving around the park following tracks of the animals in their habitats. While on a game drive with in the park especially around the Buligi area and the Nile Valley one can spot and take photos of a variety of animal species like Elephants, lions in the bushes, kobs, buffalos, warthogs, oribi etc. They can also drive to the top of Murchison falls to view the tremendous falls form up above then to and fro from their lodges to the park.

While one is under taking a boat cruise/launch trip, he/she can enjoy a magnificent view of the falls for about three hours (9:00am-2:00pm) daily. The trips also include boat pickups and drop offs at the lodges and the banks of the river in the south where one can get an opportunity to spot various species of birds like the red throat eaters, crocodiles, wildlife, hippos etc. While on board, breakfast and lunch are provided when cruising from Paraa to the southern bank. These begin in the morning and provide experiences one shouldn’t miss out while at Murchison Falls National Park.

Famous for its tremendous sport fishing experience, Murchison Falls National Park provides one with an opportunity to fish while cruising along the banks of River Nile using boats. There are various fish species that guests/visitors are interested in like the cat fish, small fish which are used as decoy to catch big fish like the massive Nile Perch which is found in the violent fresh waters beneath Murchison Falls.

Nile perch is commonly caught annually which is an exceptional experience for the visitors since there are very few opportunities for fishing. The sport anglers are advised/ recommended to come with all their fishing apparatus and an authorized permit from Uganda Wildlife Authority in order to fish.

Murchison Falls National Park has various local community neighbors like the Banyoro and Alur with different cultural norms along with Mubako Village situated along the borders of Murchison Falls with grassed candid cabins/homesteads that offer free space for people to interact and rest.

The village has shops that sell hand woven items to guests on prior request. In the evening, community members gather and conduct cultural dances and songs around the lodges and camp fires using the “Adungu” a tool made of twine and cowhide to entertain the guests.

There is also the Boomu women’s group a project that was purposely founded in 1999 to reduce the level of poverty and provide earnings to the members of the community there by enabling them to attain improved standards of living hence educating their children and getting the basic needs.

The best time to visit the park is during the dry season in the months of December-February and June-September since during this period majority of the animals relocate to the river from the thick bushes in need of water.

During this period, mosquitoes are scarce since the dry season does not enhance their breeding so therefore, guests should not worry about being infected with malaria. Though, if someone prefers birding, he/she should visit the park during the wet season in the months of March-May and September-December since during this period visitors to the park are few and birds are many.